In fact, there are only 2 main categorisations— polished rice, and unpolished rice. Read on to learn more on which type of rice you should go for and why.

Polished rice, also known as white rice, refers to rice which has its hull, bran and germ removed. Once the hull and bran is removed, the bran oil left on the grain will start to turn rancid, so rice is further polished to extend its shelf life.

Polishing removes the protein-rich aleurone and germ, which further divests white rice of its essential and natural nutrients. [1]

Unpolished rice, also known as brown rice, refers to rice that has the bran and germ intact. A grain is considered to be wholegrain when the 3 original parts – bran, germ and endosperm are still present in the same proportions after it is cooked.

Keeping the bran and germ ensures that the essential vitamins, minerals and fibre are intact, as such brown rice is considered a wholegrain.

White rice and white flour are considered as refined grains with only the endosperm layer. Refining a grain removes about 85% of fat, 15% protein, 75% phosphorus, 90% calcium, and 70% of B-vitamins. [2]

This results in a micronutrient deficiency— and one that has affected more than 2 billion people globally, leading to deficiency diseases such as beri-beri or pelagra. [3]

Fortified rice does not differ from regular white rice in terms of appearance, taste or texture; so it is still considered as a refined grain.

There are 3 sections to a wholegrain (as above) and each section has different benefits:

There is a variety of brown rice in the market. The type an​d amount of colour pigments (anthocyanins) in the rice bran determines the colour of the rice. Anthocyanin is an antioxidant and colour pigment that gives certain fruits or vegetables its colour (e.g. eggplant, blueberries). So, black/purple rice, brown rice and red rice are varieties of brown rice; they are not different types of rice.

The amount and type of aromatic compounds and fatty acids in the different varieties of brown rice also gives each variety its unique flavour and aroma. Brown rice itself has a nutty flavour and a chewy texture when cooked. [1, 2]

Cooking brown rice is the same as white rice, with the extra step of soaking the rice prior to cooking. You may either follow the cooking instructions on the rice package for the amount of water needed, and cooking time; or you may use ours as a reference.

As a rule of thumb, the more water you use for cooking, the softer the rice. 1 cup of brown rice requires about 2 cups of water, 30 minutes of soaking and 35-40 minutes of cooking.

Black rice contains a unique combination of 4 anthocyanins (cyanidin-3-rutinoside, peonidin-3glucoside, cyanidin-3-glucoside, and cyanidin-3,5-diglucoside) that gives it a black-coloured bran layer. [4]

1 cup of black rice requires 2 cups of water, 1 hour soaking time and 20-30 minutes of cooking. Once cooked, the black rice turns to a deep purple colour, which is why it is also known as purple rice.

Fun Fact: Chinese black rice was once known as forbidden rice due to it being exclusively cultivated for Chinese emperors, and forbidden to Chinese commoners.

The oxidised proanthocyanidins content contributes to the red hues in red rice.  Proanthocyanidins are a class of polymeric phenolic compounds primarily consisting of flavon-3-ol units—catechin, epicatechin, 3-O-gallates and epigallates. [5]

1 cup of red rice requires 1.5 cups of water, 30 minutes of soaking, and 35 minutes of cooking. Cooked red rice has an earthy and beany flavour, and a chewy texture.

Germination only occurs in brown rice varieties, and is obtained by soaking the brown rice grains in water or placing them in a controlled warm and humid environment, to initiate the process of sprouting.

This sprouting process also initiates numerous changes in the composition and chemical structure of the bioactive compounds in the grain. One benefit of germinated rice is that the soaking process softens the bran layer, allowing the rice to cook faster, giving it a softer texture and making it easier to digest.

Another benefit is that it increases the nutritional quality, and breaks down phytates; phytates typically bind to the minerals in the grain and prevent your body from absorbing them.

With the phytates broken down, your body is able to easily absorb the increased micronutrients. [2]

Cooked germinated rice yields a softer and less chewy texture to brown rice, with a mildly sweet and nutty flavour.

Wild rice is not rice, nor is it necessarily wild-growing. The typical wild rice found in supermarkets is the harvested seed of a grain-producing grass native to North America. Amongst the different varieties of unpolished rice, wild rice requires the most water (3 cups of water:1 cup of rice), takes a longer time to soak (4-6 hours) and cook (45-60 minutes), and the grains triple in size; 1 cup of uncooked wild rice yields at least 3 cups of cooked wild rice.

Cooked wild rice has a stronger earthy and roasted nutty flavour compared to brown rice, and a starchy texture that makes it a popular accompaniment to salad dishes and stuffings.

Indica rice is one of the two major eco-geographical varieties of Oryza sativa (species of rice). It is commonly grown in the tropics and sub-tropics, e.g. Philippines, India, Pakistan, Java, Sri Lanka, Indonesia, central and southern China, and African countries.

Indica grains are long to short, slender, somewhat flat, and the spikelets are awnless. Indica grains shatter more easily and have 23-31% amylose content.

Basmati rice is predominantly used in Indian, Middle-Eastern and Pakistani cuisine, and featured in dishes such as biryani and kheer. The aromatic grains are longer, slender and become soft and fluffy after cooking.

It is recommended to soak basmati rice for at least 30 minutes before cooking. This allows the grains to absorb water and cook evenly without breaking up. The grains are able to increase up to 3x in length when cooked.

Fun Fact: Raw basmati rice must have an average grain length of 6.61mm to qualify as Basmati; it is believed that the longer the grain, the better the quality of rice.

Jasmine rice is native to Thailand, and is a staple in Southeast Asian cuisine. The grains are slightly shorter and thicker than basmati rice, have a distinct Jasmine aroma, and they become moist and sticky after cooking.

Japonica rice is the other major eco-geographical variety of Oryza sativa. It is found in the cooler zones of the subtropics and in the temperate zones.

Japonica grains are short, roundish, spikelets are awnless to long-awned and the grains do not shatter easily. The grains have lesser (0-20%) amylose content, but are stickier due to the higher amylopectin content.

Koshihikari is a popular cultivar of Japonica rice cultivated in Japan, Australia and the United States. A short-grain variety, characterized by short and plump grains with a unique stickiness when cooked. It is one of the most highly grown varieties of rice in Japan and is exported to other countries as a premium product.

Ideal for making sushi (by flavouring with vinegar-based seasonings), or rice balls (onigiri) or plain rice served with Japanese food.

Arborio rice is short, stubby, and oval-shaped with a pearly white exterior. It is named after the town of Arborio, in the Po Valley, which is situated in the region of Piedmont in Italy. It has both medium-grain and short-grain varieties, and is well known for its creamy and chewy texture when cooked. Featured in the classic Italian dish of risotto or in rice pudding dishes.

Parboiled rice is rice that has been partially pre-cooked in its husk before being refined. The rice is soaked, steamed, then dried; allowing the grains to absorb the majority of nutrients, before the hull and bran is removed. The final product is a slight yellow/gold colour and once cooked, it becomes creamy white. Cooked parboiled rice has a slightly nutty flavour with a firm texture. It is still considered as a polished rice type, but its nutritional value falls between white rice and brown rice.

Which type of rice should you go for?

Both polished and unpolished rice types contain similar amounts of calories, carbohydrates and protein in one serving. However, unpolished rice contains higher amounts of micronutrients (vitamins, minerals) and dietary fibre. The bran and germ layer also contains additional phytochemicals and colour pigments that may be beneficial for health.

A diet rich in wholegrains may lower the risk of heart disease, diabetes, certain cancers, and can also help with weight management. You may also choose other wholegrains such as wholemeal bread and crackers, or brown rice noodles for more variety. 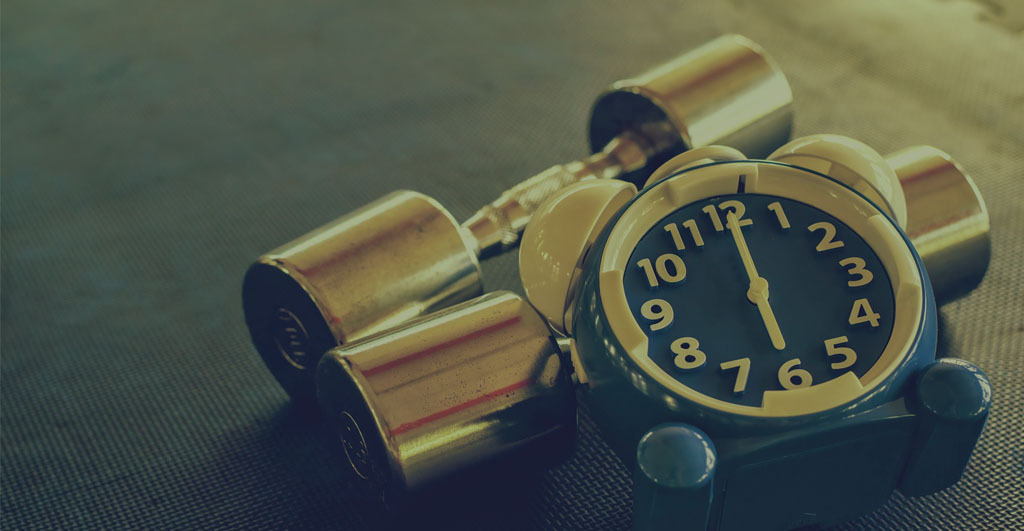 Morning vs Evening workouts: Which is better? 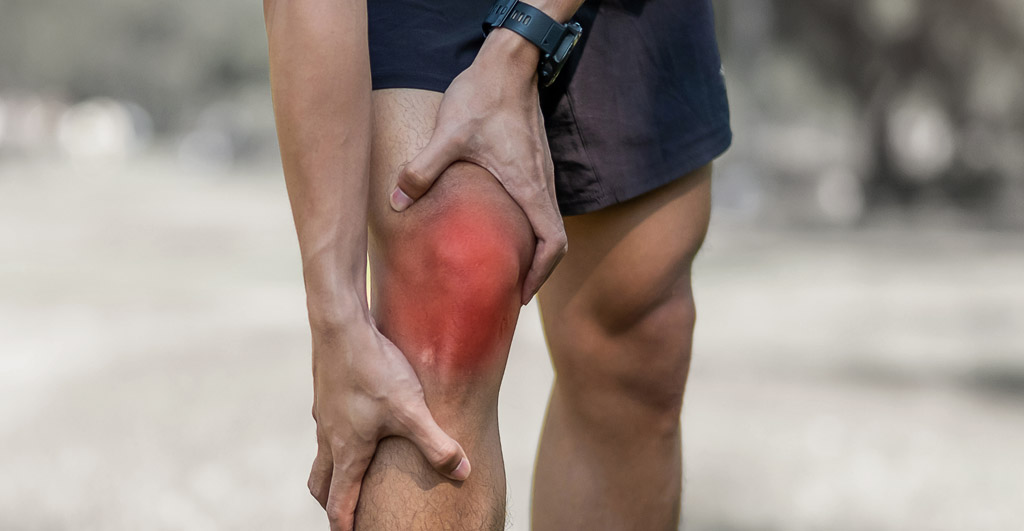